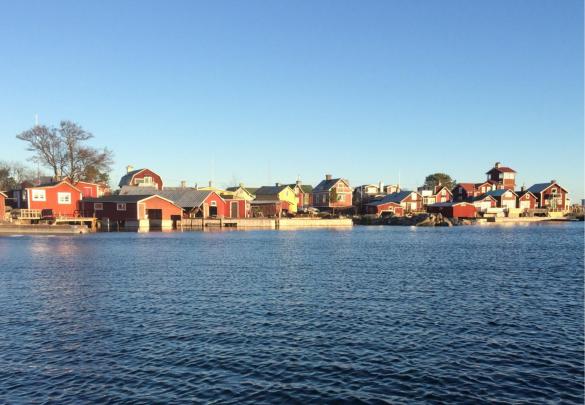 Söderhamnsporten is located by the main traffic connections and functions as an important admission to the city. The area was occupied when Söderhamn’s travel center was built in 1996. In addition to parking and a travel center, the land use consists of retail and vacant green fields.

The municipality has recently decided to commission a planning program for the area with the following conditions:

The objective is to create conditions to realize the planning program as well as finding solutions to the flood problems.​

The western part of the area consists of moraine with a slightly higher topography related to the rest of the site. The topography and soil around the travel center were changed during the construction. The soil in the eastern part of the site consists mainly of deep layers of clay. In this area exploitation would require piling or buildings with low ground pressure. The soil in the area has been investigated and documented. The river Söderalaån flows through the site.

In August 2013, a heavy rainfall caused a major flood in the area. This was causing problems for the important traffic functions in the area; the travel center and the main railway connection in the area, which crosses the nearby motorway (the European Highway 4). The highway is also the main western entrance to the city and from the Highway 50. The area is therefore of great importance for how the city communicates with the surrounding region. The connections are also of particular importance for emergency vehicles (ambulances and police cars).

In 2013, the street called Söderhamnsporten flooded under the railway bridge (the pictures below). The picture in the below right is taken in the city and it shows the flow of the river Söderalaån that flows through the town.