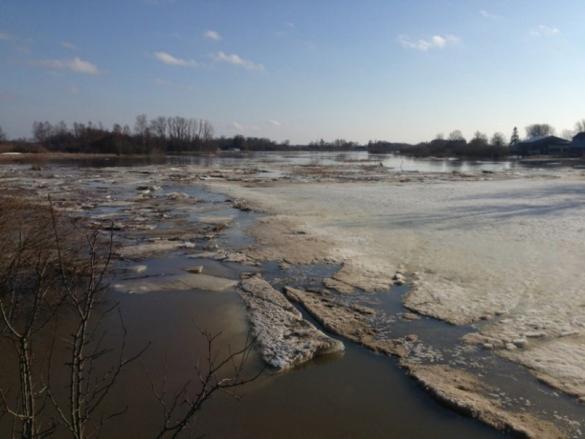 Areas affected by the flood of river Svete in the city Jelgava, Latvia

Current land use in the flood area consists of detached housing, allotments, business and natural areas. Major flood events happen in the territory in every ten years.

Jelgava city territory plan is legally valid and new housing will be built in the area in the future. In 2006, the city commissioned a study on the situation on flood territory of the river Svete and had a model with flood maps (with 1%; 5%; 10%; 25% probability) made.

The topography of the city of Jelgava is flat and close to the sea level (mostly between 1.2 - 4.1 m above the sea level). The river Svete flows across the city in the length of 15 km.​ Svete is the fourth longest tributary of the river Lielupe. It begins in the northern part of Lithuania, and has a length of 75 km in Latvia. The river’s pool has an area of 2 380 km2 (873 km2 of which in Latvia).

In the springtime, when snow is melting, a lot of water flows into the river from the territory and causes floods in the area of the city.

The surface water drainage system of the city consists of a main draining ditch, a channel and a stormwater sewerage system. The systems functions mostly by gravity. Therefore, the system stops working when the water level in the rivers rises and the ditches flood in the lower territories.

The planning area is marked with a yellow line. Current storm water ditches are marked with wide cyan lines. The blue arrows indicate the direction of the flow.